Science, geography and warfare have influenced your kitchen utensils more than you might think.

The Sutton Hoo sword represents the state-of-the-art of sixth century sword making. For such an old sword the level of sophistication and complexity of its construction are surprising.

Like other swords of this era, it is a wrought iron sword with a resilient soft core and a sharp hard edge. The soft core consists of eight rods welded together that are themselves made from seven laminated layers twisted in alternating Z and S shapes. The sharp cutting edge is forge welded to the core and is a hard rod made from 180 layers of lamination.

Obviously, swords like this were very valuable. They took a significant amount of time and skill to manufacture and were passed down from generation to generation. Because the metallurgy of carbon steel is very stable, as long as you can keep it from rusting it and avoid abusing it with hard use, it will remain serviceable for hundreds of years. For example, the Kohoki Katana is an heirloom from 12th Century Japan that is still in remarkable condition. 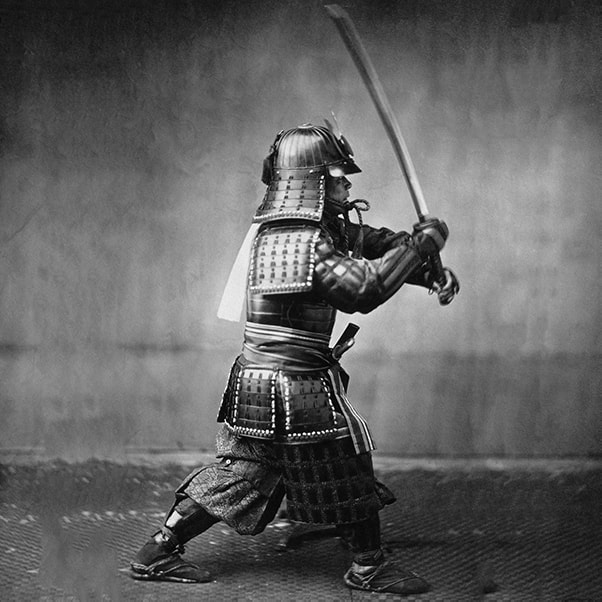 Value, sentiment and social status weren't the only reason swords were passed down over generations. Early metallurgy meant the only way to guarantee the quality of a blade was to use it. Early middle age iron sources and smelting techniques were imprecise, and many blades had serious flaws that would only have become apparent after they'd seen use over time.

Accordingly, literature from a range of cultures cites "old" or "ancient" steel to be the best steel. This doesn't mean that the steel is necessarily older than other steel, rather that time has proven that it is of superior quality. Epics of the period such as the poem Beowulf make a big deal of "blood-hardened swords" that had seen use in battle. These swords were known to be free of defects because they hadn't failed despite repeated use in battle.

Good steel has relatively few defects, meaning microscopic cracks cannot propagate far, allowing more use before the accumulation of microscopic cracks leads to failure. Unfortunately for early medieval bladesmiths, they had no way of assessing which newly completed weapons were good in this way.

Defects in steel were the norm in early medieval steel and manifested as bending, chipping, and even breaking if a serious defect allowed a crack to propagate all the way through the steel. Blades that had seen repeated use over time were therefore free of major defects, and although they had accumulated a degree of fatigue through use, were valuable as examples of reliable high-quality steel.

The advent of better steel smelting techniques changed everything and the effects are visible even today - particularly in our kitchens.

High quality steel made using a crucible process had been manufactured in Central and South Asia since about the 6th century BCE. This type of crucible steel was generally known in the West as "Wootz" steel and attained a kind of legendary status.

Although crucible steel processes had been used in Europe periodically since the 9th century CE, it wasn't until the high middle ages that they were re-discovered and began to see widespread use.

The production of large amounts of high-quality steel lead to the proliferation of vastly improved swords that cost substantially less to produce. This allowed armies to equip a greater number of combatants with edged weapons designed for users with limited training. This in turn drove the development and adoption of improved armour, which in turn produced evolutionary pressure on sword development. This ultimately lead to the evolution of general purpose swords that could perform a range of piercing and chopping tasks even when wielded by unskilled combatants.

Japan never experienced Europe's steel-smelting revolution, and traditional pattern-welding construction techniques persisted into the post-medieval era. The relative peace of the Tokugawa shogunate era meant that Japanese swords did not experience strong evolutionary pressures away from traditional designs or into the hands of unskilled wielders. Japanese swords remained expensive heirlooms that required knowledge and skill to wield effectively.

These fundamental differences created radically different approaches to blade design and use, both on the battlefield and in the kitchen.

Japanese weapons were single-edged and curved, so different parts of the blade had specific uses and was thus given a specific heat treatment. The specialised nature of these blades required their user to have a deep and fundamental understanding of their use.

You can see this influence in the kitchen. The traditional set of Japanese kitchen knives is made up of the Yanagi ba, Deba, and Usuba, each with geometry that is specific to purpose: 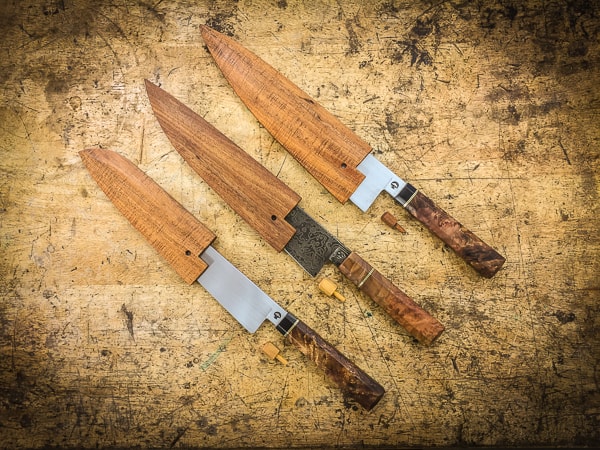 The last 100 years has been a golden age for both Japanese and European kitchen knives. Bladesmiths have been riffing on elements of both cultures resulting in phenomenal advances for all cooks. The Western adoption of compound grinding has seen the development of chef knives with S and W grinds that produce cuts with an incredibly smooth surface and low friction.

Meanwhile, Japanese bladesmiths have applied their design thinking to western cuisine with superb results. The Gyuto (literally "beef-sword") is the Japanese enhancement of the Western professional chef's knife that has the utility of a German or French kitchen knife and the sensitivity and control of a Japanese knife. It can be used for mincing, slicing, and chopping vegetables, slicing meat, and disjointing large cuts.

Metallurgy is now at a stage of development where just about anybody can make a good knife given access to the right equipment and know-how. But some things never change: it still takes dedication and hard-work to make a truly great knife.