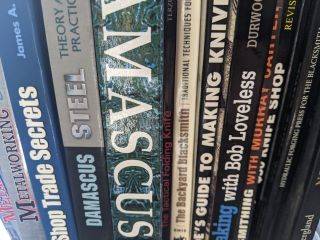 There are lots of books available on knifemaking, blacksmithing and related arts. It is hard to tell which ones are worth the money. Many repeat information found in others and are a read once and forget kind of book.

We have selected books we own in the Forge library that we come back to again and again because of the richness of the content. Worth a place in any knifemaker's shelves. We haven't sorted the list in any particular order. All are a good read that we are sure you will learn something from.

If you would like to buy any of the books, there are links below to Amazon. These are affiliate links, for which we get a small commission if you buy trough the link. No pressure to do so, you can find them elsewhere, but the prices are pretty good here. 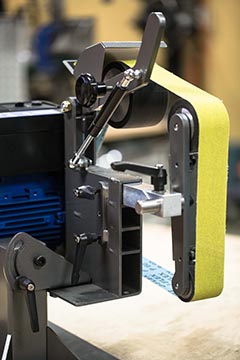 Choosing the right grinder is the most important decision a knifemaker might make. Beginner knifemakers looking to step-up from hand tools are faced with a lot of difficult choices compounded by uncertainty about what they need and lack of experience. Ewan Gibson from 84 Engineering has designed a grinder for people in this exact situation: the Shop Mate 48 from 84 Engineering is positioned as a versatile, effective, and value for money grinder.

I was fortunate enough to pick up two of the new Radiusmaster II's from John's factory in Sydney. What an amazing workshop! John works with a small staff in making each of the machines onsite. His equipment and jigs are fascinating - presses and benders, mill, lathes and all kinds of jigs and fixtures to make the parts. Especially interesting was the old Radiusmaster on a 45 degree angle used for grinding the rubber wheels to size. A platen holds the wheels square against the belt, but the belt drifts across the wheel, ensuring no one part gets too hot to melt the rubber. You can see the man's inventive brain hard at work in the shop.

The second part of the Multiplaz 3500 review is about cutting. 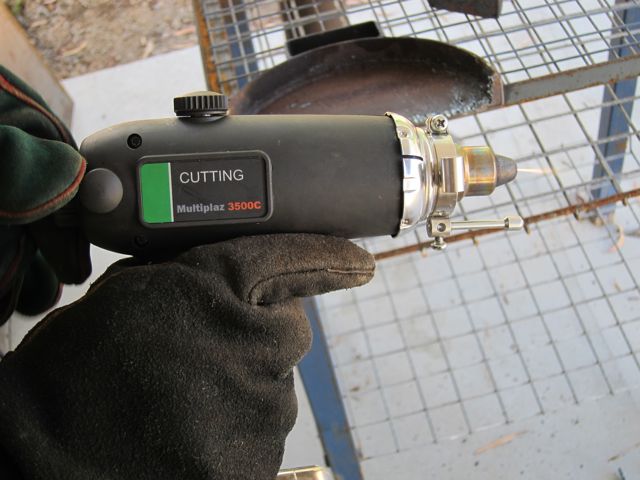 The cutting torch is exactly the same as the welding torch. The only difference is the fuel you put in the torch - water, just water. There are two modes MODE I - indirect arc mode and MODE II - direct arc mode. Both modes use the water to create steam around the electric arc, compressing the arc and ionising the steam. This results in a huge amount of energy released in a very small space. Each mode has six different voltage levels that regulates the amount of energy released. It's worth having a bit of a play around with the different levels and see how it affects the cut. 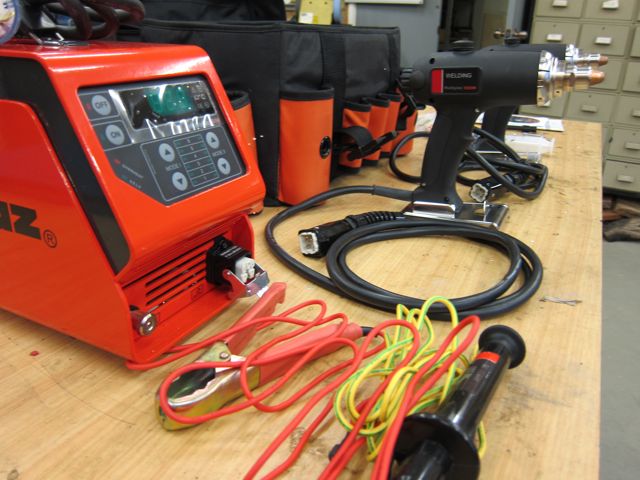 The Multiplaz 3500 is a new kind of plasma machine from Russia that has some interesting potential for knifemakers. What is unique about the machine is that it welds, cuts, brazes and heats using only electricity, water and sometimes alcohol (metho). There are no other gasses used, saving a significant amount in consumables and running costs. It is light portable and versatile in its application. It can replace three separate machines in the workshop - oxy/acetalyene torch, welder and plasma cutter.

This is the first in a series of articles reviewing the Multiplaz 3500 - Unboxing.